Via Helsinki14 January 2011 | In 5th place is Finnair, which has found itself a niche by focusing on transfer traffic to and from Asia. As part of a renewed strategy, announced in June 2010, the oneworld carrier’s goal is to be among the three largest transit carriers between Asia and Europe. In terms of the travel experience, Finnair says it wants to be the airline of choice of the quality- and environmentally-conscious passenger, and is looking to answer customer needs and expectations with “open-minded and innovative solutions.”

Since the start of this decade, Finnair has been promoting Helsinki Airport as the ideal geographic hub to connect Europe and Asia, as well as cities like New York and New Delhi. This strategy has proved to be successful: In eight years, the number of passengers travelling back and forth between Europe and Asiavia Helsinki has grown from 300,000 to 1,5 million in 2010 (out of a total of a total 6.2 million scheduled passengers). According to Finnair, about 50 percent of its revenues already comes from Asia.

Part of their strategy to accommodate transfering Asian passengers, Finnair and Helsinki Airport were one of the first to introduce Mandarin-speaking staff at terminals to greet passengers arriving from China and to have airport signage in Chinese, Korean and Japanese. Also, passengers arriving from Asian destinations with under an hour to change flights are given boarding cards with a short connection notification which allow them to fast track security.

Full-flat beds, Helsinki Spa & Saunas
With the phase out of its ageing MD-11 and the introduction of new A330s in early 2010, Finnair revampedits cabins on its long-haul aircraft, introducing full-flat seats in Business Class in a layout that gives 90 percent of the seats direct aisle access, while one third of the seats has no seat next to them. The airline also introduced a brighter furnishing in Economy and all classes feature mood lighting and in-seat power outlets.

Catering to the large number of Asian travellers, Finnair also has adapted its onboard offering to local tastes. Says Markku Remes, Customer Experience Manager at Finnair, “On board our flights we always offer multi-lingual cabin crew service, including at least two destination country cabin crew members (Korea, Japan, China, India, Thailand and starting May 2011 also Singapore). In Business Class we do offer meal choices which are geared for customers interested in Asian style cuisine, while our menus and wine lists are presented also in destination country languages. Our in-flight entertainment offering includes Asian movies and music.” Finnair also offers a pair of travel slippers to passengers in Business Class on flights to Japan and South Korea.

To further position itself as the gateway between Europe and Asia, Finnair and Helsinki Airport in December 2009 opened a EUR143 million new terminal extension, which includes a Finnair lounge with free WiFi, iMac PCs, ‘Powerkiss’ wireless recharging pads and six private shower rooms. Next to the lounge is the Finnair Spa and Saunas, which includes four different saunas (including a traditional Finnish one). Designed with transit passengers in mind, the spa has a cold water paddling pool and a mineral water pool to alleviate travel fatigue and the effects of jetlag. For passengers with connecting flights there are short wellness treatments available. The Finnish sauna and the rest area provide a view of aircrafts parked at the gates.

Rethink Quality
Despite the product upgrades introduced at the end of 2009, Finnair realized it had to further increase the quality of its travel experience in order to be able to attractive to quality-conscious Asian travellers and compete with the likes of ANA, Asiana and Korean Air. Says Finnair CEO Mika Vehvilainen, “We have studied our level of recognition in the Asian market. Success in this highly competitive international market requires that we stand out positively and boldly both externally and in terms of service content.”

In December 2010, Finnair unveiled a new brand identity which includes a redesigned logo and aircraft livery as well as new staff uniforms. The airline has also just reopened its refurbished Silver Wings Lounge with furnishings of Finnish and Scandinavian furniture designers, and plans to introduce more new customer service elements in early 2011 based on Finnish/Scandinavian design. As part of a major‘Rethink Quality’ initiative, customers and staff have contributed more than 1,000 ideas for service upgrades. After last autumn’s ‘Quality Hunters’ campaign that sent four bloggers around the world for two months to assess Finnair flights, a new group of Korean bloggers flew to Europe during December. In November 2010, Finnair also distribute iPads for free in economy and business class on select flights to and from Hong Kong. Besides entertaining content, the iPads contained a bespoke customer research application which asked passengers their opinion on a dozen new product and service ideasconsidered by the airline.

Details of Finnair’s new product and service upgrade are still scarce, but may include a refurbished cabin interior on short-haul aircraft, additional products for a fee in Economy Class (in the airline’s words: ”Leisure travellers will receive a price-competitive product, which can be supplemented by the quality additional services they need.”) Finnair reportedly will also announce the introduction of inflight connectivity.

Green Skies
Besides emphasizing that the Nordic route via Helsinki is the most direct and therefore lowest emission way of travelling between Norther Europe and Asia, Finnair is reportedly also ‘competing’ with Lufthansa to become the world’s first airline to use biofuels on commercial flights by the end of the first quarter of 2011. In September 2010, the airline launched an advanced emissions calculator which uses actual quarterly updated cargo, passenger and fuel consumption figures to calculate emissions. This allows passengers to offset their real carbon impact, instead of emissions based on averages or assumptions.

In another sustainability initiative, Finnair has also teamed up with design agencies to ‘upcycle’ discarded seatbelts, curtains, and IFE systems into toiletry bags, shopping totes and energy efficient lamps. The airline also donated 200 yellow safety vests to two local schools to be reused as safety clothing, while old aircraft seats have been installed on Red Cross buses. 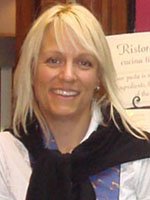